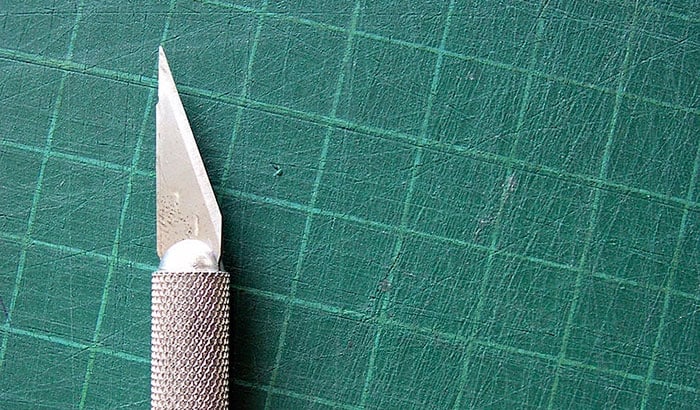 An Exacto knife is handy when it comes to precision cutting. However, some users tend to throw it away immediately once it is getting dull to buy a new one. However, this situation should not always be the case since there are many methods on how to sharpen an Exacto knife easily. Please check some of the methods below.

Method No. 1: By Using a Whetstone Sharpening Stone

Just like an ordinary knife, there are many methods to sharpen an Exacto knife. One way to sharpen it is to use a Whetstone sharpening stone. But before proceeding to sharpen it, make sure to put the Whetstone into the water.

You can do this step by getting a container with water. Then, submerge the sharpening stone for a few minutes. Also, during the sharpening process, try to keep the stone wet by rubbing some water on the surface.

After sharpening the Exacto knife in the stone, get a leather strop for the final sharpening stage. Rub the knife slowly at a long distance for a few minutes on each side. This step aims to polish the edge of the Exacto knife while enhancing the sharpness made from the whetstone.

Method No. 2: By Using a Diamond Stone

Again, start rubbing the knife on one side for a few minutes. Do it slowly to prevent any accidental cut from happening in your hands. The ideal thing to do is make around six to seven passes but make sure to take your time.

Once it is finished on one side, do it on the other side as well using the similar process. After completing the sharpening process, check the blade of the knife, especially its sharpness. You can actually test on a piece of paper to check if the sharpness has improved.

Method No. 3: By Using a Fine Grit Sandpaper 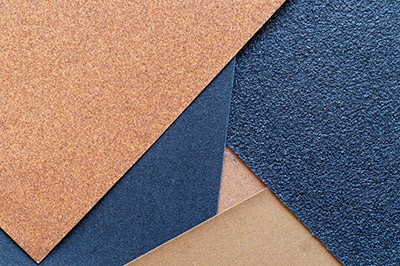 Fine-grit sandpaper is also useful when it comes to sharpening an Exacto knife. And the best thing about this method is it’s more economical and cheap compared to the previous method I presented. For me, it’s basically doing the same thing during the sharpening if compared to Whetstones or diamond stones.

But in this method, space is essential so that sharpening will be easy. Find a place such as a laminated wood or a countertop where it has a smooth and flat surface. This surface will provide the space where the sandpaper will be put on.

When it comes to sharpening the sandpaper, the key is to rub the knife’s blade at a short phase multiple times until it is sharp. Use the same procedure on the other side to maximize the sharpness.

If you have a strop, use it as the final stage of the sharpening process. If you do not have one, you can use an old leather belt while using the backside to serve as your strop. Rub both sides for a few minutes to enhance the sharpness while removing the small burrs that accumulate on the edge of the blade.

Method No. 4: Using a Knife Sharpener

Although not a popular method, using a regular knife sharpener can also help sharpen your Exacto knife. I have seen some people using a knife sharpener that is easily accessible in all retail stores.

The upside of using the regular knife sharpener is the fact that there is no need to hold the blade at an angle, just like we did with the stone. Instead, the knife handle will be the one to clamp and hold the blade while exposing the shard area of the Exacto knife.

You will need to use the standard slot of the knife sharpener when you start sharpening the blade of the Exacto knife. Then, hold the knife approximately at a 30-degree angle while pulling back around three to four times. This process works well in sharpening a dull blade of an Exacto knife.

Learning how to sharpen an Exacto knife is an excellent skill to have. I have seen so many people throwing the knife once it is dull while buying new replacements. However, there is a better way to prolong the use of the knife by sharpening it. This article presented four different ways to do it and all are very effective in sharpening an Exacto knife.